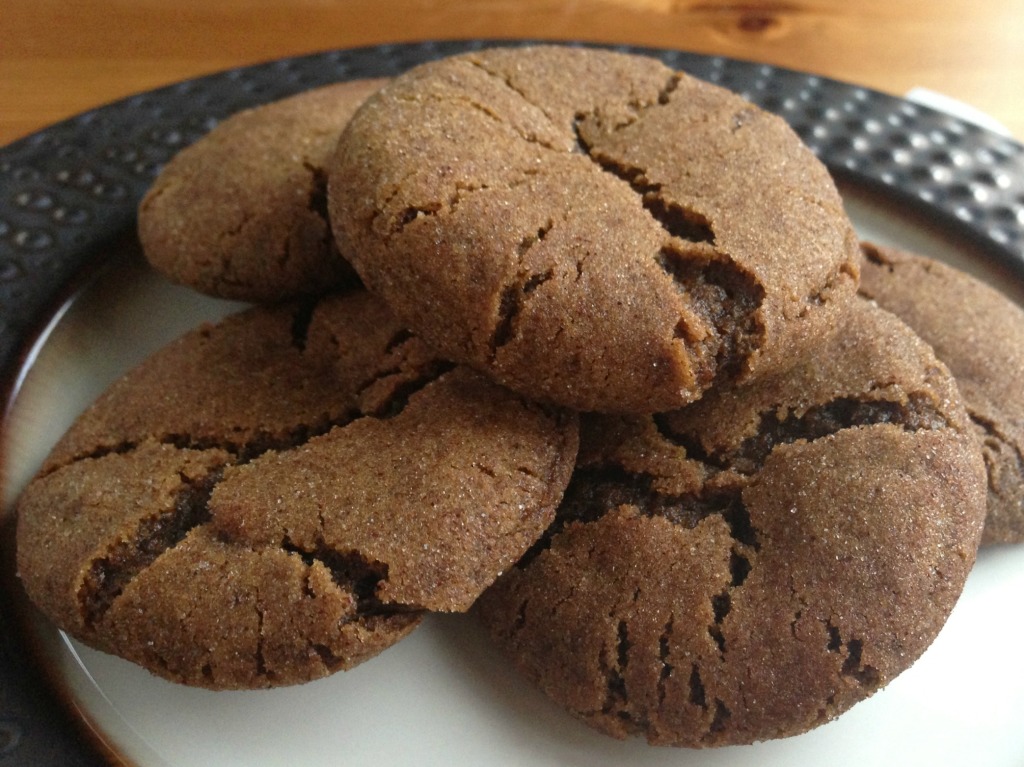 Want your house to smell like a million bucks?  Have an hour to spare?  Just whip up a batch of cinnamon snaps!  My dad introduced me to cinnamon snaps last year and I knew right away I needed the recipe so I could make them again.  These cookies just ooze “fall”.  They bring to mind leaves turning and fires crackling (we don’t have a fireplace) and cookies baking (duh).  Suffice it to say they give me a warm fuzzy feeling.  Also cinnamon snaps are in the select group of “Jake-approved” treats, so you know they must be good.

Cinnamon snaps seem to be one of those unassuming cookies that people dismiss without trying.  I’ll admit they aren’t the prettiest cookies to ever pass through my oven.  I mean, they’re brown. And in a non-chocolate way.  It’s unfortunate though, because you are missing out if you don’t give them a shot!  Some people may be scared away because they contain molasses.  I feel like molasses has a negative connotation.  I don’t know why, but “molasses” sounds like something only old men like, which is funny because I liked molasses cookies even when I was a child.  I dare you to try these cookies even if you think you don’t like molasses.  You won’t be disappointed! 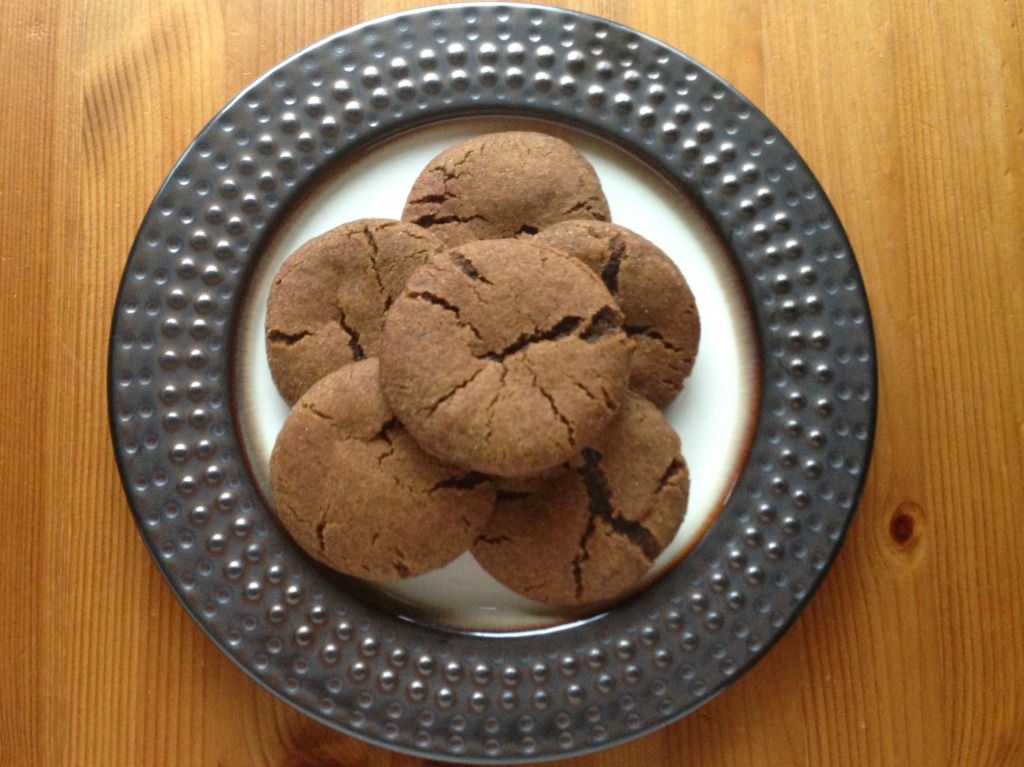 This batch of cinnamon snaps made its way to my brother and sister-in-law’s house for Thanksgiving.  I was so excited when my stepfather told me to make sure I bring them again for Christmas!  AAYSR (“Ask and you shall receive”).  As usual we had way too many Thanksgiving desserts, which meant we had lots of cookies left for munching on the next day.  Turns out cinnamon snaps go down a bit too easily–it’s hard to walk past them and not grab one or two!  I may or may not have eaten one before breakfast the day after Thanksgiving.  Oops!  It’s ok, I worked off the calories playing in the snow that day! 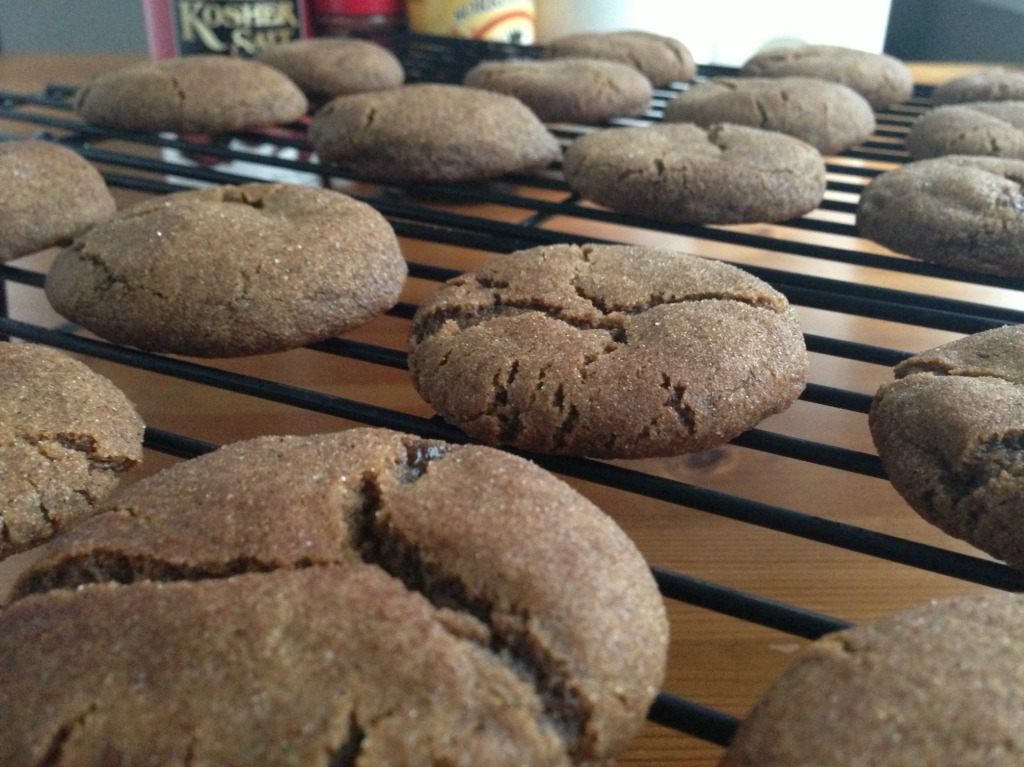 Here’s the secret for the perfect cinnamon snap (which I learned the hard way):  Do NOT overbake.  Bake them until they crack but still look gooey.  The first time I made them I baked until they were done, and they ended up hard.  Still good dipped in tea—none went to waste.  But only after making them again and baking for less time did I realize how amazing these cookies are.  Rolled in cinnamon-sugar.  Soft.  Rich.  Moist.  Chewy.  I wish we didn’t eat them all, because now I want one! 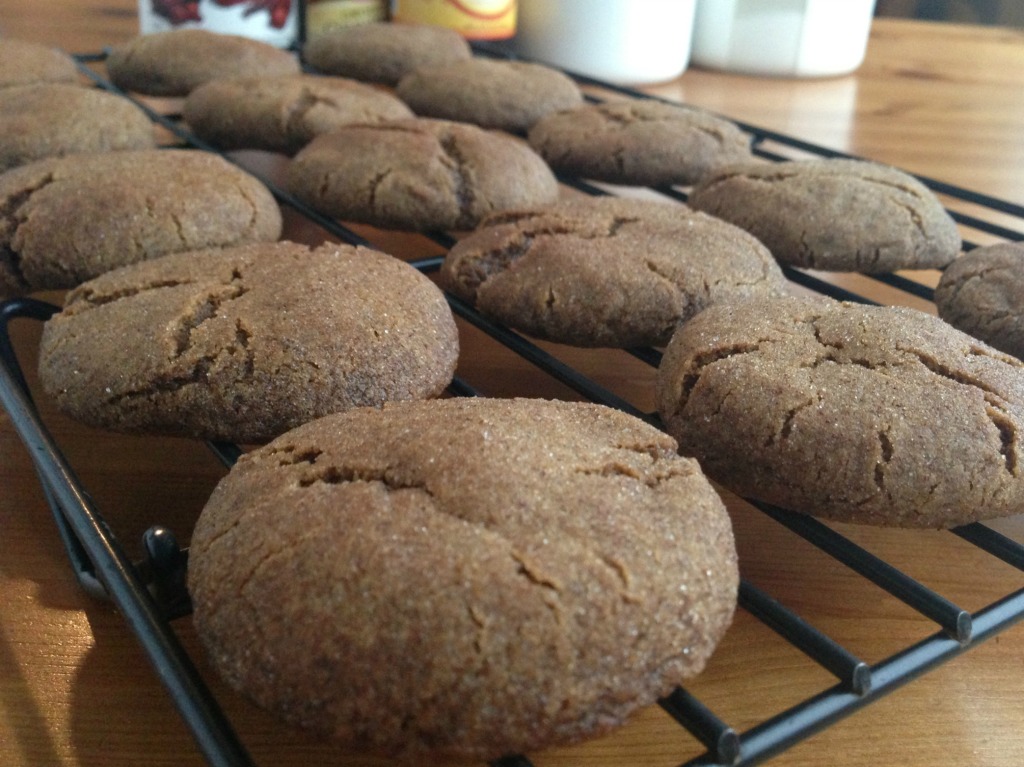 I would eat cake for breakfast every day if it was socially acceptable. I also have a serious M&M problem. Hungry for more?